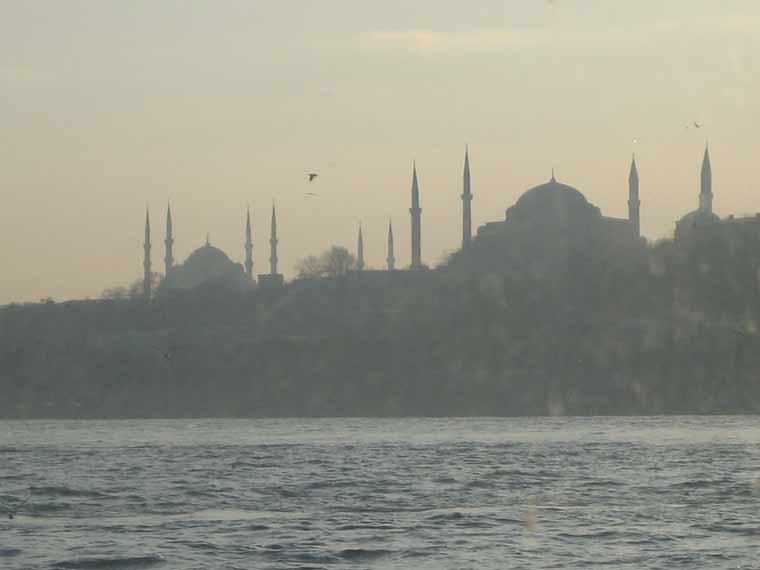 Istanbul is nothing, if not a city of contradictions. Situated where Asia meets Europe, it’s a collection of ancient mosques and modern museums, old world customs and 21st century mores.

The Bosphorus is the main waterway – its past includes ferrying warring armies just as it accommodated seafaring merchants on trade missions. Today its Galata Bridge spans the two worlds of east and west, old and new. To the north, Turkey’s fashion scene is showcased in the hip Nisantasi area. On its opposite shore is Old Istanbul, an instant transport back centuries in time.

In Istanbul it’s commonplace to observe a woman in traditional garb walking with her mini-skirt clad daughter. And the Al Jarzeera Channel is likely to be next to the Disney Channel on a television remote. A man on the street near the Blue Mosque sells simit, circular bread carried on a pole-like broomstick, for small change. While “on the other side” is an in vogue eatery called Kosebasi (tip: don’t miss the eggplant starter and signature lamb kebab). The waiter explained the noted restaurant’s popularity: “Many customers say here is not restaurant; here is your home.”

Of course, I exhausted the treasures of Old Istanbul – Blue Mosque, Hagia Sophia, Grand Bazaar, Spice Market – everything. But my surprising discovery was not an ancient staple, but rather my contemporary lodging – Park Hyatt Istanbul, Macka Palas.

One of Istanbul’s more recent properties (opened November, 2008), it’s located just across the river in the fashionable and posh Nisantasi neighborhood – the hotel features Emporio Armani and Gucci boutiques; designer fashion houses are mere blocks away. The rose flower is the hotel’s signature scent and influence. Upon arrival I’m reminded of the inspirational floral with a rose petal martini.

A Parisian perfumer created the exclusive scent for the hotel – a heavy rose fragrance from the Isparta region enhanced with the essence of jasmine, vanilla, iris, violet and sandalwood. The one-of-a-kind aroma is the basis of the hotel’s hair and body products and is found even in its candy – Turkish Delight (a well-known countrywide commodity); Park Hyatt Istanbul’s sweet treat incorporates rose petals into its recipe and can be purchased only at the hotel. 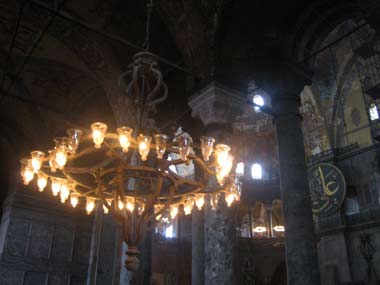 Additionally impressive is the use of an audio architect who created 60 hours of selective music (including never-heard-before songs written solely for Park Hyatt Istanbul). True: I explored the fashionable surroundings; appreciated the rose enhancements and enjoyed the personalized tunes. But the piece de resistance of my Park Hyatt Istanbul stay was my accommodation – one of the 25 Park Spa rooms. Complete with an in-room sauna/rainshower, it allowed me to experience a Hammam, the practiced steam ritual to cleanse one’s body the traditional Turkish way, in the privacy of my own bath suite – simply me and the spa specialist.

Imagine an exhaustive day of significant sightseeing and major-league shopping, to the extent of near thread bare soles. Now imagine the day’s end – a traditional Hammam. You’re too tired even to walk to the elevator and spa below. So you don’t. A knock at the door signals that it’s spa time. Ahhhhhhhhhhhhhh. Only Istanbul . . .

For information, go to www.istanbul.park.hyatt.com 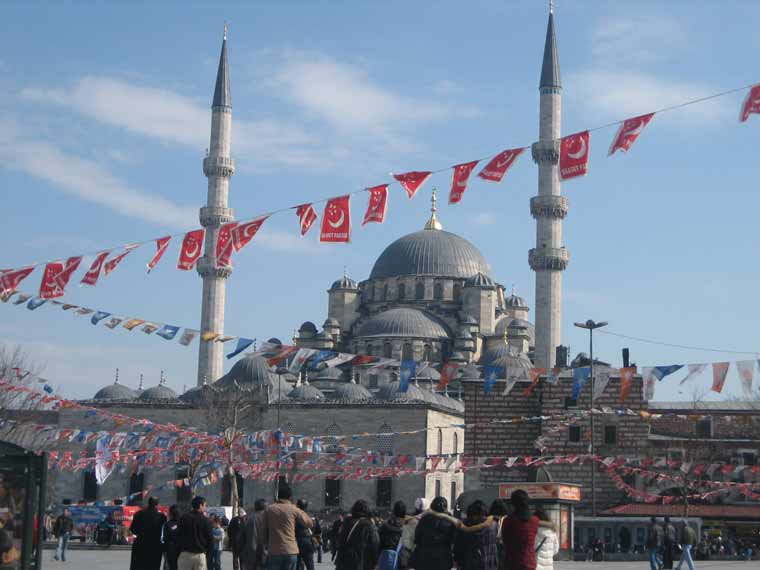